Make a blog with svelte kit and host on github

After reading this post, you should be able to make a blog using svelte kit, and host it on github or any other hosting service of your choice. You can write your posts as markdown files.

I recently moved by teeny tiny unmaintained blog from gatsby to svelte kit. Removing gatsby removed a lot of complexity which comes with gatsby. I no longer understood what was going on under the hood and was too scared to upgrade gatsby.

Switching to svelte-kit was relatively straight forward except for a few quirks. The quirks mainly had to do with rendering markdown as html and figuring out how to publish the final site through github.

If you don’t want to read the whole article, you can checkout the final code here - https://github.com/mukeshsoni/mukeshsoni.github.io/tree/svelte.

When you run npm init svelte@next <your_project_name>, you will be asked a set of questions. E.g. Do you want to enable typescript in this project? Once you answer all the questions, the command will create a set of files in the

After the dependencies are installed, you can invoke the dev script which is already defined in your package.json file by the init command - npm run dev -- --open. This should start a localhost server on port 3000.

svelte-add mdsvex will make necessary changes to package.json to add the required dependencies, add a mdsvex config file and change the svelte.config file to add mdsvex as a preprocessor.

You will have to restart the dev server for mdsvex preprocessor to kick in.

We want to collect all our markdown files and show the list of blog posts on the home page or on some other path, so that our users can browse the super amazing content we publish.

So we create an endpoint which returns the metadata for blogs in /src/routes/blog/index.json.ts file. It won’t work if you name your file index.json.js and had selected typescript when creating the project with npm init svelte@next.

And then fetch the metadata for a post in our src/routes/index.svelte file, or wherever you show the list of blog posts.

Does having an endpoint mean that we need a server too? Ans - No. When we run the build script, which runs the static adapter, the endpoint is called and the post metadata is resolved before the final output is produced.

adapter Now, posts should have the list of posts with their metadata, as defined by you at the top of each post. E.g. If you have this at the top of a post -

You can then render whatever metadata you want to.

Step 4 - Add a layout component for the blog

I thought i would utilize svelte-kit’s layout capability, with __layout.svelte file in the blog folder. But I wanted the layout component for blog post to take care of the post title. My first attempt was to use the load function provided by svelte-kit and then fetching the metadata for the post by importing that file. That worked during development but didn’t work with static adapter. Since i was importing file dynamically, it needed a server.

Then i found out about layouts in mdsvex. All i had to do was add a svelte component somewhere, say lib folder, and then point mdsvex to that file. That is done in mdsvex.config.cjs

Now all my blog posts had a title and date at the top. The layout component also enabled styling the container for each post, if i wanted to.

Step 6 - Hosting the blog on github

svelte kit provides various adapters to convert your site in ways which are suited for your deployment environemnt. In our case, we want the site to be hosted on github (or netlify etc.) as a static site. No server. Just html pages with some css and js. For that, we use the svelte-kit static adapter

We can install the static adapter from npm.

Once we have setup the static adapter, calling npm run build on the terminal should generate the build folder.

We can test the build by going inside the build folder and using serve or any other server to serve the files. serve starts a server on localhost:5000 by default.

Now that we have the built files, we have to push them to the master branch, for user site, or to the gh-pages branch for a project site. Once we update the branch and push to github, github will then deploy the files for us and we should be able to see our site come alive.

gh-pages is a handy tool to push the contents of any folder to any other branch in your repository. Installing gh-pages is straight forward with npm.

I then added an npm script to make deployment easy -

If you are deploying a project site, you can remove the -b master flag from gh-pages command. gh-pages pushes to gh-pages branch by default.

gh-pages will also push the branch to remote. So if all goes well, you should be able to see your site live after some time.

Fixing _apps/.js and _apps/.css paths returning 404 on the deployed site

After you deploy your site by pushing the github branch, you will probably see your site looking a little different to what it looks on your development environment. That’s because some of the js and css is missing. If you open the devtools and then the network tab, a number of js and css files might be returning 404. All of those would be serving files from inside the __app folder. That is because github does not deploy the __app folder. All folders starting with an _ are to be ignored for sites built with jekyll. Read more about it here.

You might find that it still doesn’t work. Mainly because gh-pages is not pushing the .nojekyll file to the github branch, because gh-pages tool ignores all files starting with a . (dot). We can tell the gh-pages tool to also push dot files from the build folder by using the -t flag. If you copied the deploy command from above, it’s already there.

That is it! Go ahead and add a lot of blog posts as markdown files and deploy to your site. I am kidding. Building the blog with svelte kit was fun though. 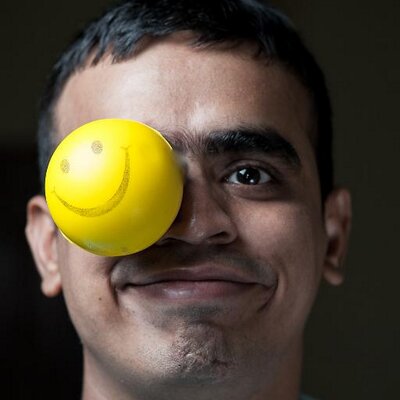 This is the personal blog of Mukesh Soni. I am a frontend engineer who's exhausted trying to keep up with the new technologies in the frontend world. I am good at JavaScript, HTML, CSS, React (ReactJS) and nodejs. I have been doing this stuff since 2011.

This blog was written in svelte, using svelte-kit, even though i write reactjs in my day job.